2 Range Rover Evoques in for work. Diesel had a service and a tune while the Petrol had rear brakes replaced. Nice to start seeing a few of these coming through the shop.

Quick visit to the British and European car day today, prompted me to pull a few photos from a few years ago when I took my Cortina, which is currently locked up in the back corner of the shop needing some attention. Lack of time so the poor cars being neglected.

What is it? quite literally its a machine that uses compressed air and fine crushed walnut shells to remove carbon build up. In our application, usually intake ports and the back sides of intake valves.

Why do it? Alot of modern engines by design are prone to carbon build up in the intake system, over time as the carbon build up increases the efficiency of the engine reduces, meaning less performance, fuel economy etc.

Why now for WEEU? We deal with a lot of cars that suffer from carbon build up, and a lot of our customers like to keep there cars no only going, but going like they should! We follow a lot of forums and in recent times have seen a lot of discussion on this topic. We also dont know of many local workshops that offer this service so decided now was the time. Its also a good fit with our other Detox Tools and Tuning service we now provide.

Whats involved? There is some time involved and the time taken varies from car to car. We do have to remove the intake manifold to gain access to the intake ports, this can mean on some cars, intake runner flaps also need removing. Each cylinder is done separately as the valves need to be in the closed position so as to not fill the cylinder with walnut shells, all other ports are masked off etc to avoid walnut shells going where they are not wanted.

Thought I might just leave these here for your viewing pleasure

We are experiencing more and more cars that are down on power due to a combination of intake and combustion areas being built up with carbon, largely reducing the efficiency and power. We have invested in a ‘OxyHydrogen Carbon Cleaning’ Machine. This machine is run through the intake system to clean the combustion area, which can be done without any major dismantling. To take things to the next level we have also purchased a ‘Walnut Blaster’. Walnut blasting of the intake system does require some dismantling/removal of the intake system to gain excess. However removing these large carbon deposits with allow the engine to breath again. Restoring power and fuel economy = more fun and more bang for your buck at the pump.

The Carbon Cleaning machine wont do the intake manifold and intake valves which generally require more invasive work, We do have a Walnut blasting machine for this service if you are serious about regaining some engine efficiency…

How does HYDROGEN clean carbon deposit in the engine?

The increased internal oxygen proportion improves combustion and at the same time the catalytic properties of hydrogen make it possible for the combustion carbon to be gradually broken down to clear the internal carbon deposits.

Using no harsh chemicals the treatment returns your engine to a state of cleanliness. You regain power and performance, restore lost MPG and drastically cut emissions.

After treatment, there is no need to change engine oil or any type of filter.

The machine acts to restore the optimum performance of your engine. Using hydrogen technology, carbon deposits are removed from the inner workings of the engine, which naturally build up during the lifetime of the vehicle.

By removing unwanted carbon build up, further engine deterioration and damage can be avoided. This will keep your engine working more effectively and smoothly for longer, creating an enhanced driving experience.

The technology works with all types of vehicle’s – from motorbikes to planes if it has a combustion engine then it can be cleaned. Both petrol and diesel and LPG engines will show improvements irrespective of vehicle age and/or value.

Great little mini in the shop for a very minor repair, but brought back some fond memories of working on, modifying, tinkering, racing and navigating these great little machines.

BMW I3 in for service inspection, This car does have a small petrol engine which was up do date, the rest of the usual service type checks still apply, It still has brakes and tyres, etc etc. Fun little car, the owner insisted i take it for a drive… Loved it.

Little Blue updates- Series 2A getting a mechanical makeover. Part 3

After a small break (wife having a child) its time to make some moves with little blue. I have been accumulating parts in the mean time, so we have ready to go, new front swivel kits, all new seals and gaskets, new wheel bearings, and axle bearings. As per the rear axle (Part2) I will be doing new brakes also, likely the only original brake parts with be the backing plates and adjusters, so new cylinders, shoes, return springs, drums etc.

4/5/19 was day one of getting back into it, the axle was front axle assembly was already largely stripped, so now it clean up and time for some fresh paint. Ideally a lot of these components could have been sand blasted (or similar) etc which we don’t have on site, and this is an exercise of resurrecting this old truck on a limited budget. That said it was time to get dirty with a wire brush, wire wheels in a drill…. The end result I am very happy with.

Winters on… June 1 and I’m in the back of the shop with little blue. Some good progress today. I was donated some axles from my good friend Paul, who I blame for introducing me to landies.. I’ve removed and replaced the bearing and seal collars. Also assembled the RH front swivel assembly to the diff housing, set up preloads etc. Diff is on hold, needing shims to set up the pinion bearing pre-loads. (

For 5 years we had 3 E46 BMW’s running around town. The name change was a great opportunity for trade up to newer, with fewer kms.

So we have added a MK5 Golf GT,

Also yet to be decided on is the A4 Audi in the background. This might be the new TOY001 if i can finally part with my old BMW 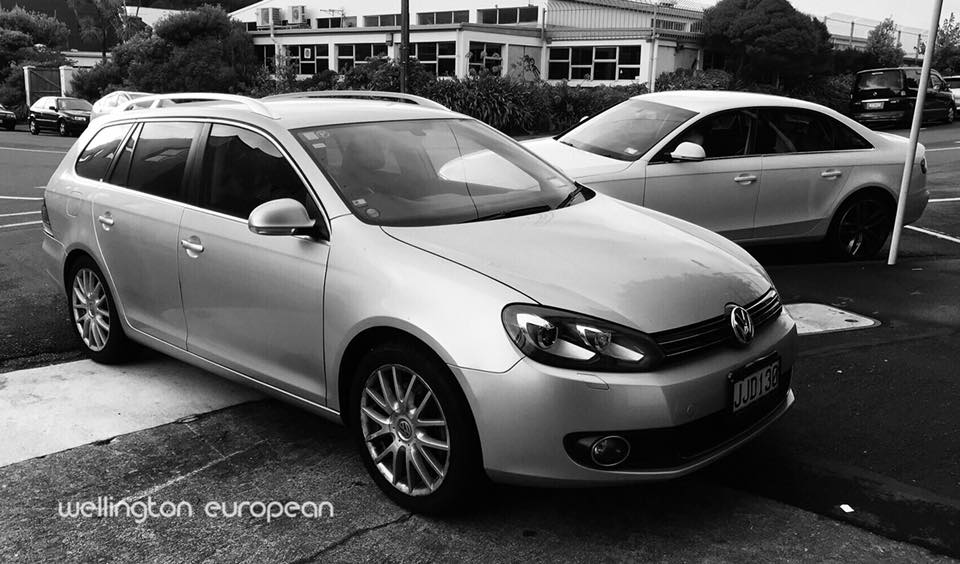 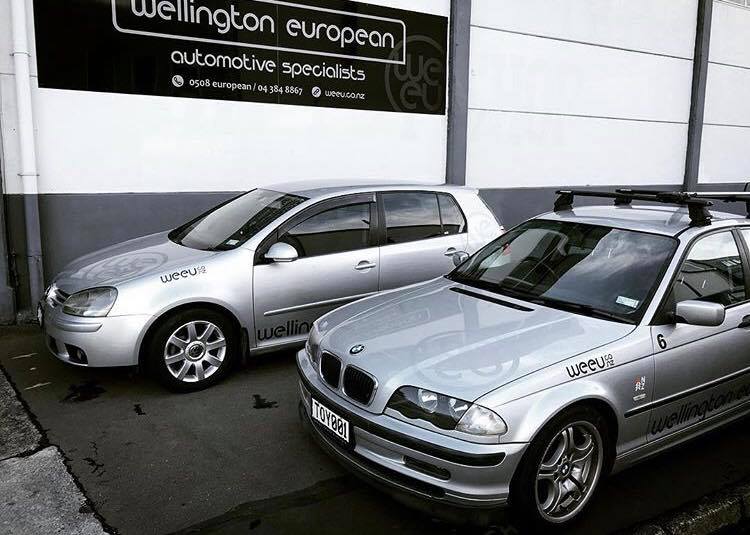