So I took the time today to go for a Sunday drive and check out the 3 Exocet’s that are currently under construction in Wellington, all of which are at various stages of production.. Huge thank you to Graeme, Ben and Daryl for taking the time to meet with me and for answering all the questions I’m sure they’ve been asked 100 times before.  And Thank you to Tom from Exocet NZ for putting me in contact…

I’ve been following the progress of these kits now for a couple of years after seeing one of these cars pop up on my facebook feed, prompting me to search the web and research how it came about, from what I can see they are being produced in England (the origin), the US, Australia and NZ..

First impressions after seeing the cars for the first time in the flesh was ‘What a great kit!’.  Its hard to get a feel for the size of it having seen many pictures online, I was surprised how big it was at first, clearly it has to match the footprint of the MX5 donor car but somehow I had scaled it down..  the main arched pipework giving the chassis a likeness to the aerial atom was much bigger than expected, but somewhat comforting that there was some substance to it.

Talking to the guys about there experience and decisions around their builds it was clear that they were all emotionally invested in this kit and had only good things to say about the kit, the requirements and the technical information available, whether that be the forums or Tom at Exocet NZ.  It seems the only downside was finding the time to dedicate to the build, which is documented to take anything from 100-200 hours.  Getting three different perspectives was interesting, all the kits were almost identical with a couple of minor changes from frame to frame, however I think when its all said and done these cars will be very different, with each owner giving their Exocet their own signatures.

Looking forward to seeing more of these cars, potentially having one of them come to the workshop for some finishing work…..

A Donor car has come up for auction, see the last picture!!!! 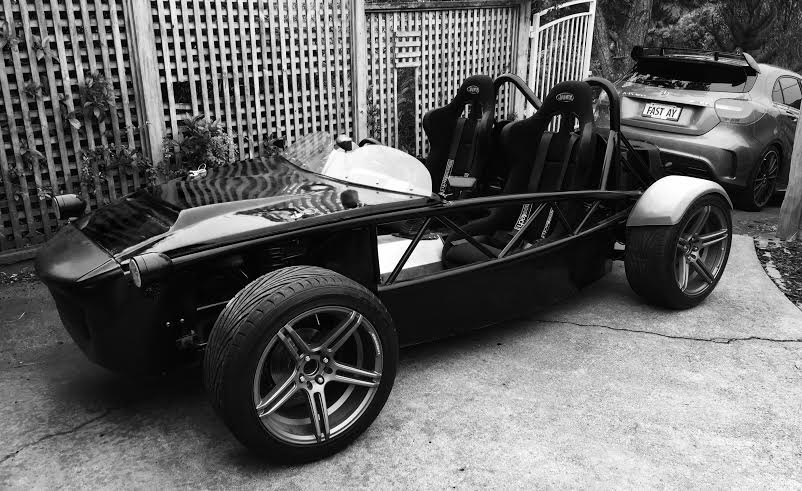 The Yellow one is Exocet NZ’s demonstrator car…. 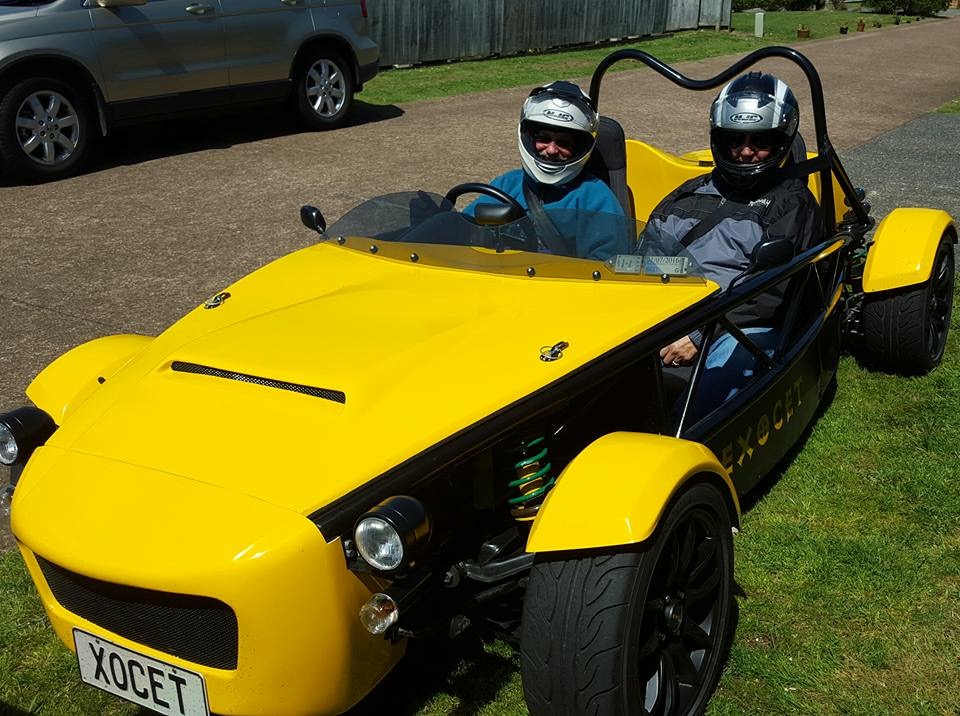 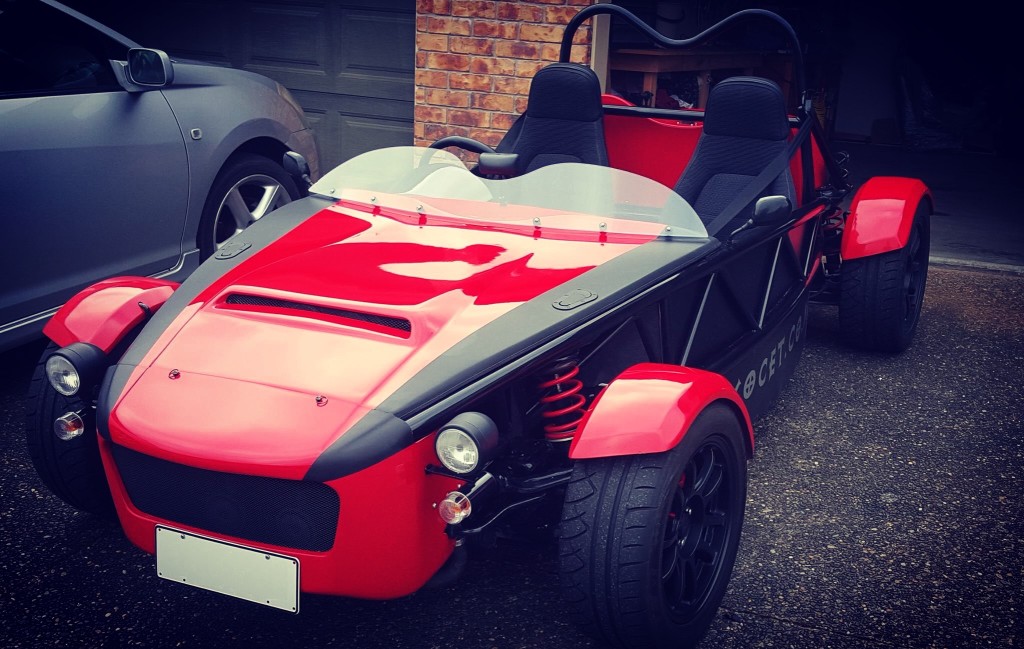 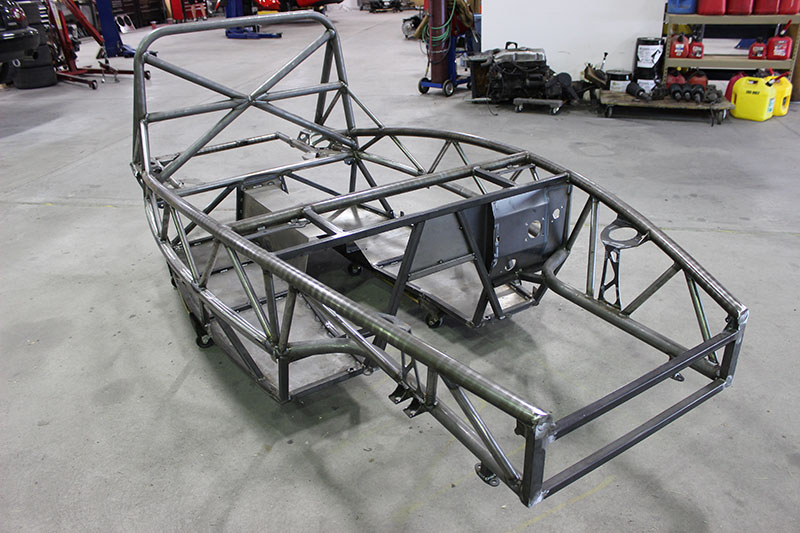 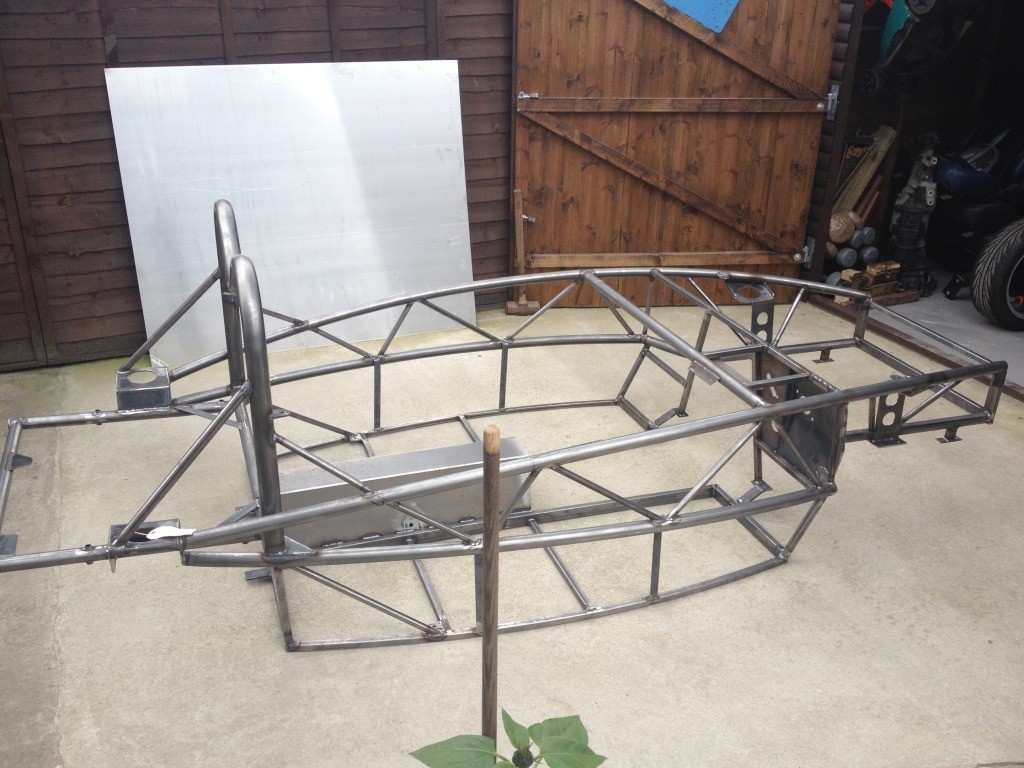 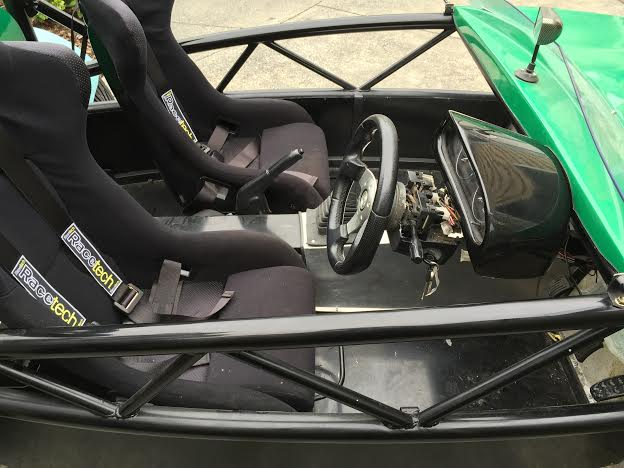 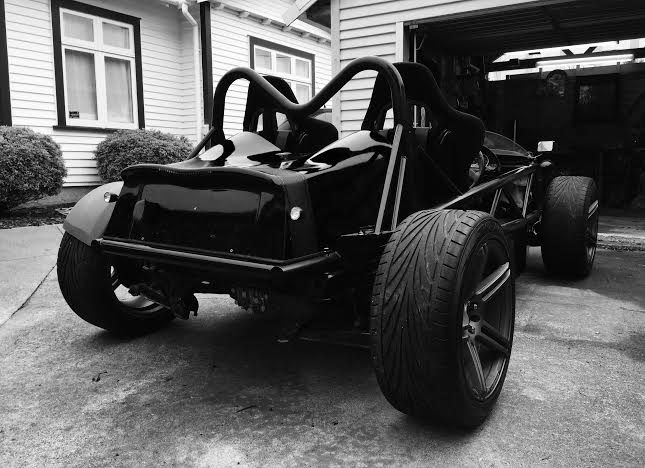 Much Bigger wheels and tyres fitted to this car, This is frame number 1 for NZ, has had a couple of owners now and is now having a makeover.. 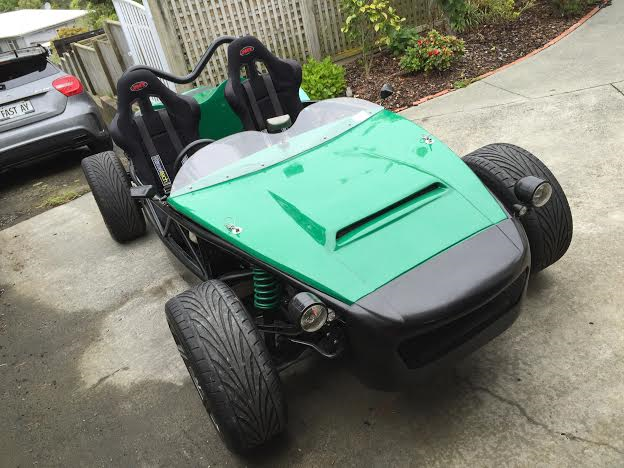 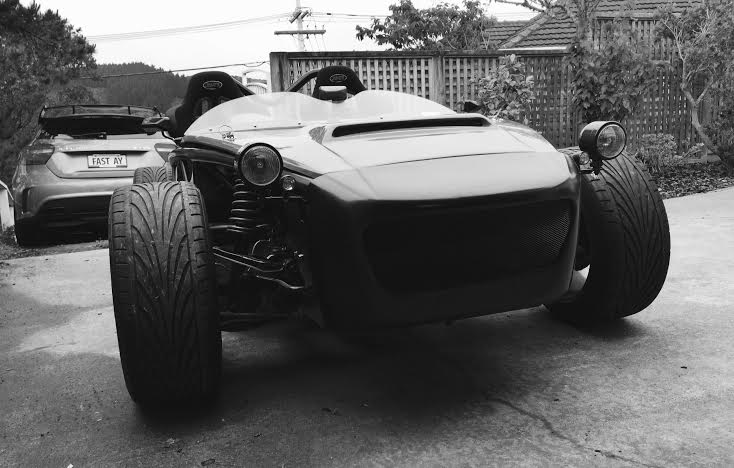 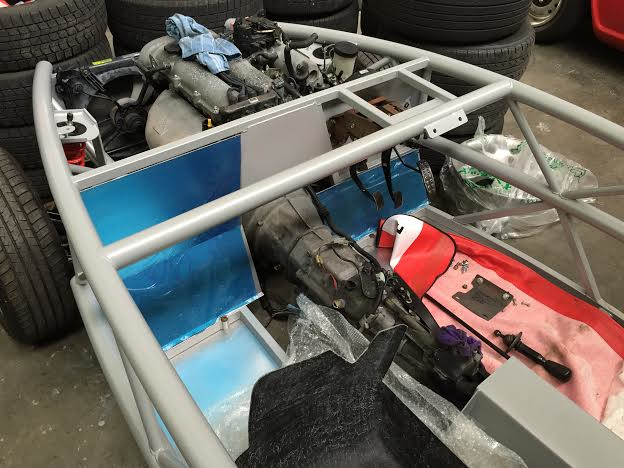 Silver Frame + Black panels, would look great with a Toy Shop Wellington Logo down the side!!! 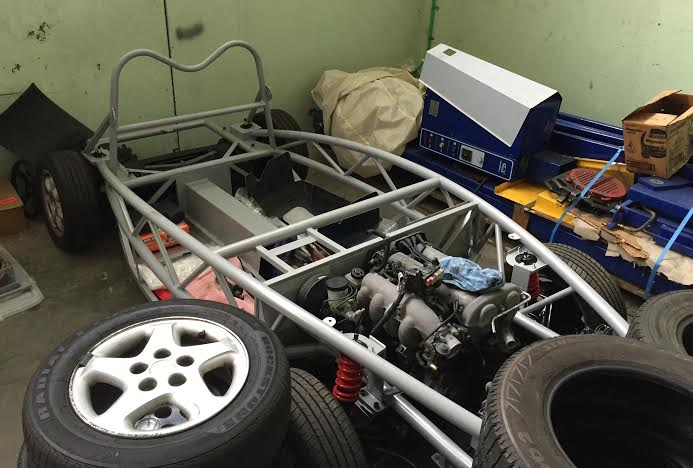 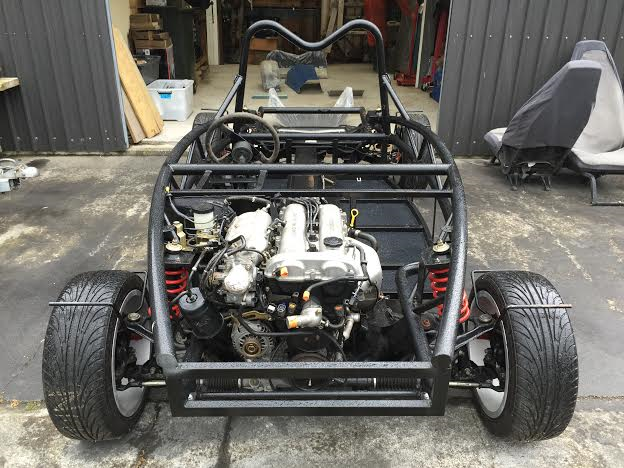 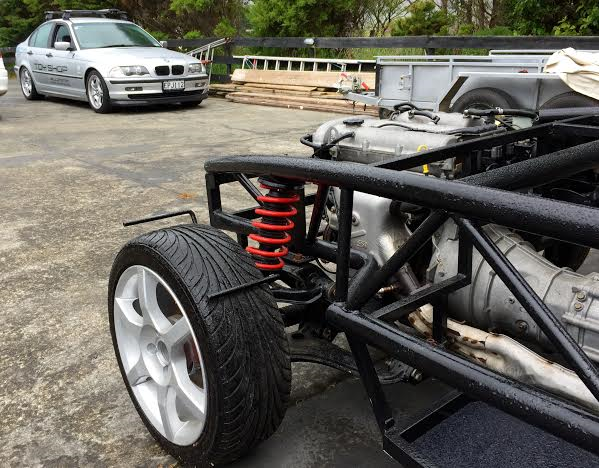 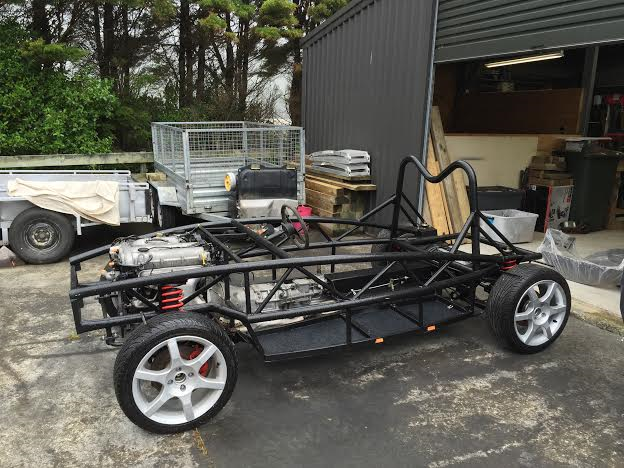 This ones heading up country soon for some fiddly jobs to be knocked off the list!! 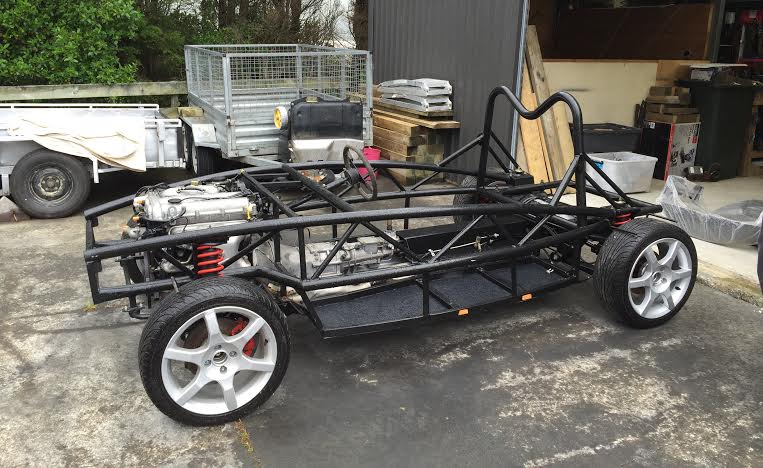 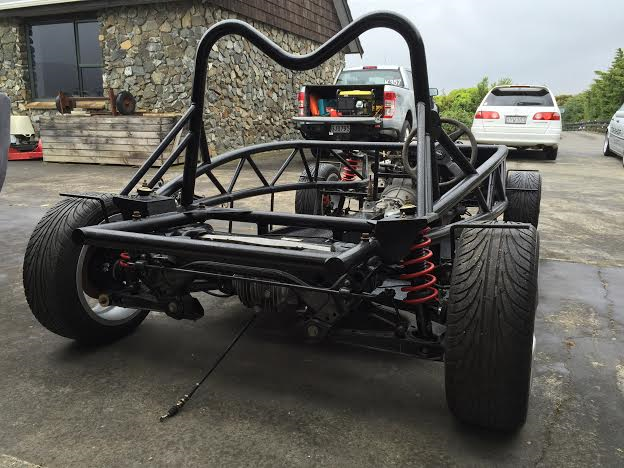 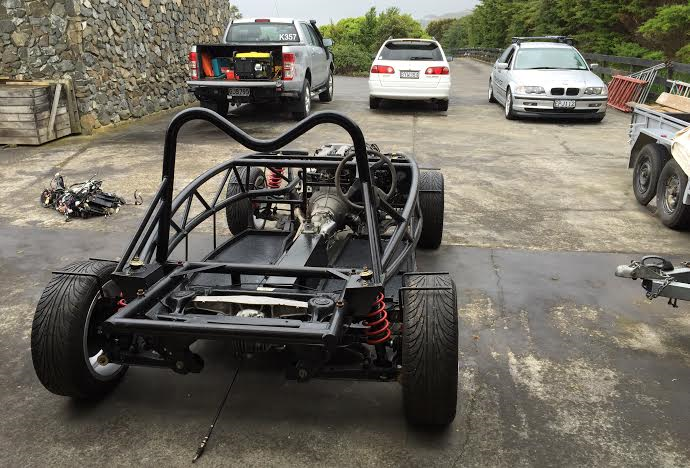 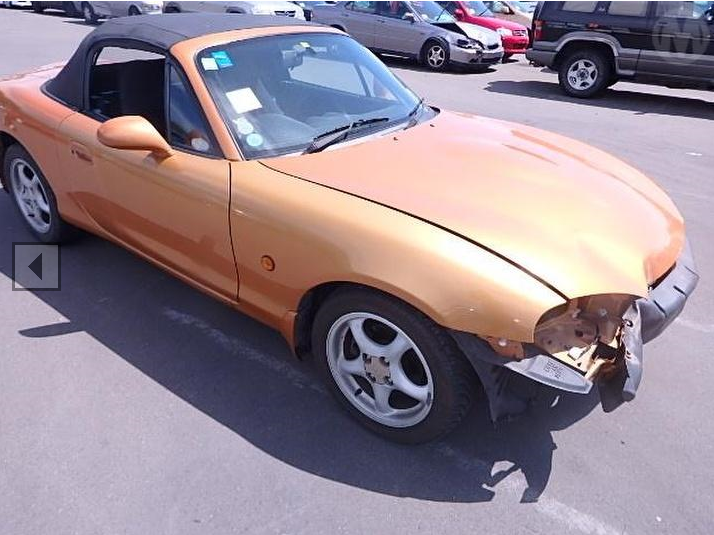